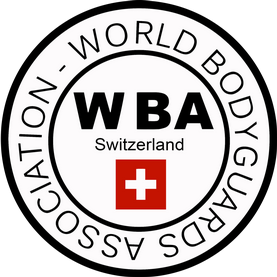 We apply a simple mathematical model:
Swiss precision + Skilled CPOs ("bodyguards") =
Safe and Happy Clients
SAFE & HAPPY CLIENTS
AND SAFE & OCCUPIED SKILLED CPOs UNDER WBA's NAME
Is well known that we make clients happy, because we provide them custom-made services, adapting our type of service to the needs and to the lifestyle of our client (and not the opposite).
We provide custom-made solutions, simply because client's needs are not the same. How is possible to apply to all clients the same model?
Crime evolving rapidly. Actions of organized criminals, terrorists, professional killers, psychopaths and more, every single day "decorating" the headlines of the global news.
How is possible today to provide for Very Important Persons, simple services of a "bodyguard"?
Even if our famous brand (since 1998) does not allow us to change it and we must keep the title "bodyguards" in it, the last 20 years we don't provide "bodyguards".
Our services are modern and sophisticated services, provided by skilled and properly educated Executive Protection Officers and according to their skills and to the needs of our client, we chose the correct CPO for the personality and the lifestyle of our client.
Not all our trainees and members are able to work next to our clients.
We don't promise jobs, simply because the CPO must cover the demanded by us skills for any of our clients.
We do respect the unemployment and the money our trainees invested, but most of all we respect our clients, the lives of our clients (and of our CPOs) and our name.
So, in a week or two is impossible someone to be a CPO in our standards.
On the contrary, for WBA the CPO must be the most well-educated person on issues of personal security and safety a client can hire. So, it's not possible in weeks or months of training, someone to get all those skills (keep in mind that one of the 53 different courses we provide is called: "micro-expressions" and a complete 3 levels course, takes more than a week, but after the CPO can recognise easier than ever a suspect of a direct attack for assassination or humiliation of the client).
For the security assessment and the design of the proper measurements for the protection of a client, we use our very serious know-how and proved experience, but also in some special cases we use the skills of forensic and investigation experts of our Group, for the estimation of the level of risk and the visible and invisible threats of the client/principal and of his/her family.
Only then we can design and apply a strong security plan, with many alternative plans, in order to remain and act as real professionals, if our main plan collapses because of any reason.
The operation under the Swiss group of companies "Kingston" (Kingston International Group GmbH), gives us almost unlimited options and we can use Kingston's "tools" and partners, providing like this, not only protection of the life of the client, but also of his/her property, his/her cyber protection, his/her investment, and many more.
This makes us unique, simply because easily we can provide:
Another of our strong points is that the existence of a WBA Team removes problems. Does not create new ones.
We design and we apply security and safety procedures, without to disturb the peace, the personal life and the profile of the client.
We can work even better if we operate in low profile, providing to the client an "invisible" protection and -if needed- even the PPO (Personal Protection Officer) who is always next to the client, he/she knows what "low profile" means and how to be also "invisible", but still there.
We teach this job and according to the opinion of our students and clients, we are the best teachers in the world until today.
Also, we use the experience of decades we have, next to very famous principals and clients, without any successful attack inside our records (pure luck, or succeeded prevention?).
That's how we know this job better than anyone else.
And how we teach the job?
Nothing it will be possible without the valuable services of Ph.D teachers, of top Instructors and with them we can teach all "schools" of applied Close Protection practices like the "British School", the "American School", the "Israeli School" and more, Medical Doctors, Fife fighters, EMS and FEMA Instructors, martial arts experts, firearms experts and more.
We remove all "myths" from the heads of our members, we are teaching them VERY WELL their REAL duties (real life it's not a movie and not only a fight as many they teach as the only topic of the job. Most of the times the duties of a CPO are different than even many of our competitors believe), and then we motivate them to push to the limit their existing skills, we show them the way to obtain new ones, and we can proudly say that, within the first few days next to our client, our teams gaining easily the respect and the cooperation of our clients/principals, because all respecting the professional opinion of the real experts.
All our VIP clients/principals are qualified enough to understand that their protection is in professional hands.
This is how we make our clients SAFE & HAPPY.
This is how we make our team members SAFE & PRODUCTIVE.
This is WHY we are unique and best to what we do, and we keep learning and teaching, because we don't know everything ...yet.
Chief of WBA.

You want to be a WBA Team Member?

You want to know more about our school?

Do you want to renew your membership?

Do you want to be a partner of our Group? 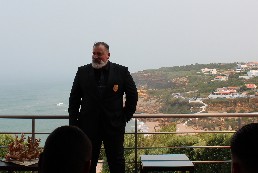 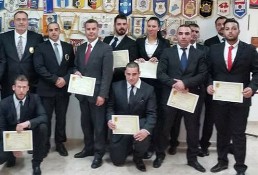 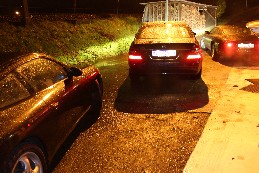 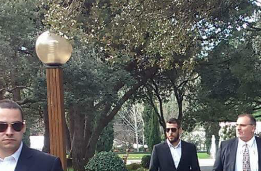 WE EDUCATE AND TRAIN
(all pictures below, are from a course in Portugal)
We provide more than 5 levels of knowledge in each type of the topics we teach and we certify only the CPOs (Close Protection Officers, or better known to the public as "bodyguards") they cover the minimum optimum of our standards and up.
We teach them that, what it makes the difference and makes our teams be the most famous in the world, are the skills they must get in and out of our classrooms and training "arenas".
That's why inside our teams, you can find Officers who can "follow" the client to all his/her activities.
Because, WHO will protect our client/principal when he/she goes for sports (like jogging, skiing, horse riding, scuba diving, skydiving, etc.)? We will.
We have also Pilots, Yacht Skippers, etc.
In order to understand more about how we work, please read the FAQ below:
Q: There is someone to drive my car safely, especially under a stressful situation?
A: Yes. Our students of " executive driving level 3" and up courses.

Q: There is someone to recognize a suspect who is prepared to harm me before suspect attacks me?
A: Yes. Our CPO students of " micro-expressions level 4" and up seminars.

OUR UNIQUE OFFERS ARE VALID UNTIL 31st of December 2018.
CLICK ON THE PICTURE ABOVE TO LEARN MORE ABOUT THE GIFTS WE PROVIDE
DO YOU WANT TO BE A PART OR TO USE WBA's SERVICES?
____________________
CLIENT's
REGISTRATION
200€/one time
In order to be able provide services to a client, we need to know who is our client.
For this reason client or (the representative), needs to provide us all necessary details for the registration.
This needed only once.
Pay>
REGULAR
MEMBERSHIP
(RENEWAL)
80€/PER YEAR
In order to be a new WBA Member, you need to prove your skills and knowledge, by graduating our courses, or by passing our tests. Then, you can use this field to pay your membership fees.
ATTENTION: To receive our ID & Badge you can apply a request, with the payment of the fourth membership (to complete a minimum of 3 continuous years), or to finish successfully all 3 levels of our courses and seminars.
For more about this issue, please click here.
Note: Membership fees are refundable only if WBA decides to cancel your membership.
No other option of refund.
Pay>
Attention:
According to new regulations of our Group about our the ways our Group it works, only acceptable way of payment, is directly to our Group. DO NOT pay to anyone else membership fees, even if he will pay it to us. It's illegal!! Is like we try to hide funds from our tax authority.
From 1st of January, only PayPal and Bank transfer to our Bank will be recognised by us.
CERTIFIED PARTNER
100€/per year
We must know all our Partners better than anyone.
Our Partners dealing with all issues of our Group and we need to know them well.
The specific procedure must take place within the first days of every year.
Our Certified Partners will receive:
Pay>
INSTRUCTORS & WBA TEAMS
100€/PER YEAR
WBA Instructors & WBA Team Members are active WBA Members. The difference is that because their position is very active & reputable, they need to be updated with the latest rules and regulations of our Group. For this reason, their contract with WBA cannot be valid for more than 12 months, because our Group needs to be updated with new pictures, new police background checks and new cooperation's agreements.
In a case of checked complaints for any reason, the cooperation with our Group it will end.
Instructors and WBA Teams are Partners of our Group and they need to apply the first days of every year for renewal.
They will receive
Pay>
Benefits
With WBA all parties are completely satisfied.
The Client/Principal, the Instructor, the educational event Promoter, the CPO and our Group.
Nothing can go wrong, when all parties are happy.
Why we offer the best Services
When our target is the excellence, results are acceptable only if are at least very good.
Human factor is seriously concidered by WBA and this is the reason we base our operation in strict regulations and well designed procedures.
There is no option for a second chance in WBA, for those they didn't apply a full attention to his/her obligations.
As easy for us to remove from our Teams a WBA Team Member, as easy is to deny a service request by a client who didn't fulfil our agreement (amount and date of payment, disgraceful treatment to our Team Members, direct cooperation with people we provided, etc.).
As there is no option to give a second chance to our staff and we provide a crystal clear model of cooperation to the client, we demand client to keep this cooperation under the same model.
Our administration fees are so small, that there is no financial motive to anyone to exclude the only part who will keep always high, the level of quality of all provided services.
People are good, but sometimes they change in the way (especially when they come "closer" each other).
We stay focused to our target and our staff knows that we give no second chance to anyone.
But if we are excluded by the client's/principal's decision, then the specific team will be the only chance of the client and this is something which is obvious and many times people taking this advandage to ask a higher payment, or to provide lower quality (and bad results of no control, aren't finishing in these examples). Persons
Protection of very important people.
We protect world's leaders and their families successfully, for the last 20 years. 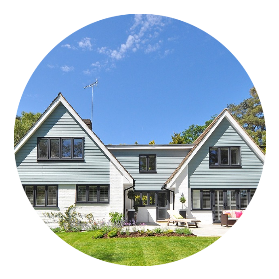 Home
We protect families in and out of home.
Protection needs unfortunately does not end while our client and his/her family are on the streets. 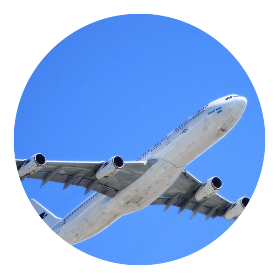 Travel
We protect people when they travel abroad.
WBA Teams network is the most extended network of Executive Protection Officers in the world. Call us to pick you up from the airport. 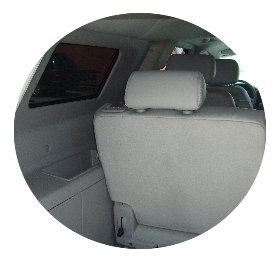 Car
Are you protected inside your car?
We provide transportation protective solutions, with the armored cars we sell or rent.
Today, even the "next door" criminal carrying a gun.
Don't leave your life and the lives of your family in pure luck, when the 90% of assassinations taking place in victim's car. 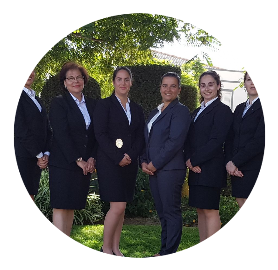